House Reubo landed on and colonised Aquarion. This water planet requires efficient use of available land and seasteading. 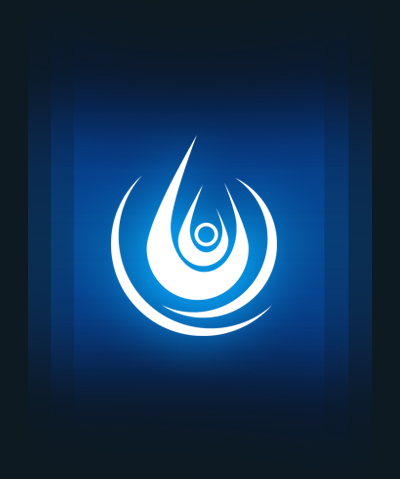 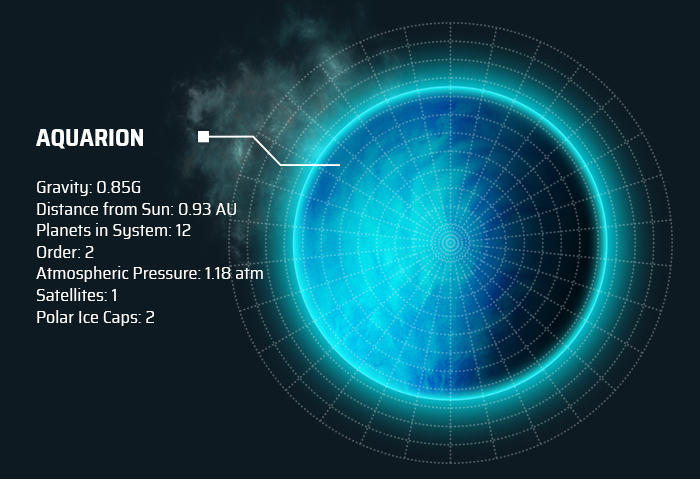 Aquarion is 97% covered in water. Land is scarce, and mountainous regions hold the highest real estate values where the Reubo elite ruling classes live while the common people live in more coastal regions including cities built on and under the seas. There are no massive continents on Aquarion.

Aquarion is a medium sized planet with a gravity of about 0.85 G. However, as Reubos are genetically engineered, they are quite strong compared to Ephrati despite the low gravity, although Jodons are still much stronger. The light gravity makes sea travel easier and cheaper.

Hurricanes are relatively rare while water spouts are very common, making it a priority to have fast ships when on the water to escape them. Given the high volume of ship traffic, it’s no wonder the Reubos have such advanced ship and hydraulic technologies.

The equatorial region of Aquarion is quite hot. Consequently there is less movement of goods across the equator than there is in the North and South hemispheres. Travel across the equator can be treacherous. Most Reubos live just above/below the tropics in more temperate regions.

There are no great continents on Aquarion and most islands are relatively small being able to support only a few hundred or few thousand inhabitants.

Many of the seas are quite shallow with the famous Argund sea being only 3 metres deep on average. Areas like that are ideal for large scale fish farms and aquatic stadiums for sports and recreation. A recent zoning ruling by a local council allowed a barkum fish farm to be placed near an aquatic stadium which became a problem as although they are delicious, barkum fish excrement is notoriously smelly, and the prevailing winds in the area blew the stench towards the stadium. This became a big deal in the media and several officials were fired and imprisoned. The fish farm was relocated.

Metal and mineral extraction is often done offshore in the shallow seas. This presents difficulties for fish farming operations, and so mining is more heavily regulated and controlled by the government.

There are very deep trenches in some Aquarion seas. Several early teams of Reubo scientists perished trying to study and explore them before they started using remote controlled drones. The deep trenches have several gargantuan aquatic species that can be quite aggressive and can easily destroy a submarine with little effort. Fortunately, these species cannot live in the shallow kinds of waters that surround most islands. The fastest vessels are found on islands with steep and deep waters where the leviathan species exist. 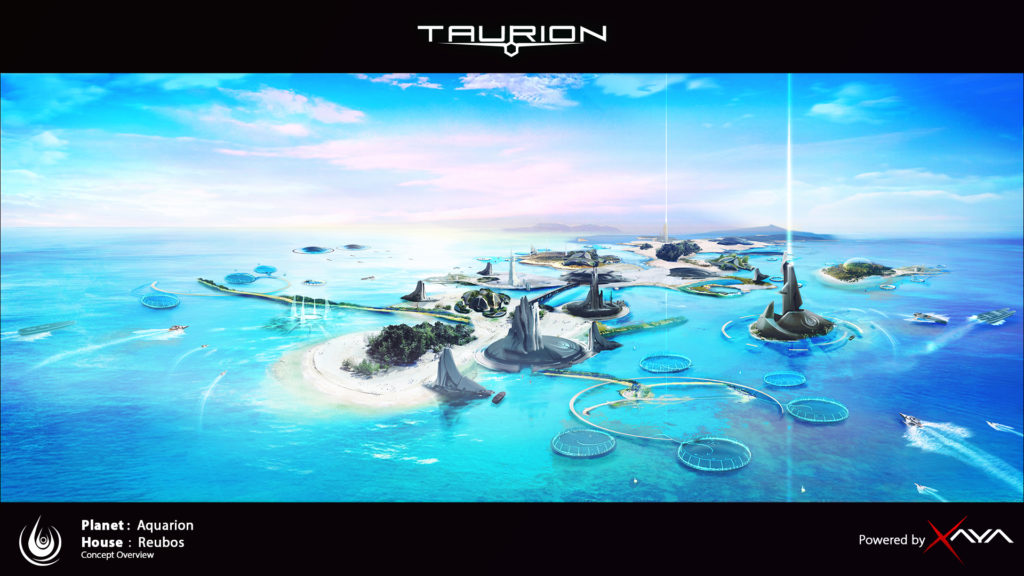 Life on Aquarion is relatively monotonous compared to life on Lionis or Verdis. The Reubos have an extremely structured society where everyone has their place and job to perform. The state governs nearly every aspect of life with little room for individual choice. People don’t earn money, but are instead given stipends to purchase personal effects. Other essentials such as housing and food are provided by the state. There are no “luxury” items on Aquarion except for the ruling classes.

Consequently the Reubo economy is greatly retarded compared to that of the Ephrati. The saving grace on Aquarion is that the people are highly religious towards the state and society. Where Jodons pray to Baron Vostok, Reubos pray to their societal collective. The values they hold in highest regards are societal harmony, selfless dedication to one’s assigned job, scientific advancement, and innovation in product development and service delivery.

Career path decisions begin very early in elementary school. Children are monitored extremely closely and steered into educational paths that they excel in. By middle school the areas where they do best in are solidly identified. High school is then merely a matter of preparing them for higher education or vocational training for their life-long careers.

The majority of Reubo communities are quite small with only a few hundred to a few thousand people. This is because most islands are relatively small. The largest cities are built on the water straddling large archipelagos where the waters are calm. However, smaller communities have greater social cohesion. Everybody knows everyone in their local community. Reubos are consequently extremely polite, highly averse to conflict, and cooperate with each other. In these aspects they are polar opposites to the Jodons. They can perhaps be best described as extremely stoic.

However, the Reubo tendency to avoid conflict and to cooperate with each other may in part be chemically induced from the water which has relatively high concentrations of various salts compared to water on Verdis or Lionis.

Entertainment on Aquarion is limited compared to that on Verdis or Lionis. Reubos are more stoic, and “entertainment” is often educational holotainment on the solarnet. Ephrati movies are particularly popular with most youth, but the older generations have “grown out of” that phase.

Reubos are genetically engineered and grown in vats. There are currently 71 different models of Reubos. Natural birth is relatively rare as sterilisation is part of their rites of passage into adulthood. Instead, children are grown in medical vats and harvested as live infants. Those infants are then adopted by married couples. Population growth is strictly controlled.

While natural births are rare, they’re generally used during genetic engineering experiments to improve models or create new and better models. Other genetic experiments in labs are always on-going in order to produce superior humans.

The Reubos genetic engineering efforts have largely been successful. Birth defects and genetic diseases have almost entirely been eradicated. Further, average IQs of Reubos are a full standard deviation higher than Ephrati and 2 standard deviations higher than Jodons. Perhaps the greatest failure for Reubo genetic engineering is that they’ve not been able to positively affect creativity. This is readily apparent in the general stagnation seen in their limited art.

Since the signal from Taurion was discovered and scouting results have been returned, genetic engineering of humans that can natively survive on Taurion has begun. It’s still too early for much speculation, but some top scientists are optimistic that a working model can be developed within 10 to 20 years. New infant models so far have perished quickly in chambers that simulate Taurion’s atmosphere, but some lessons have been learned and new models are being created at a fairly rapid pace. Reubos have no ethical problems with human experimentation.

Drug use on Aquarion is sanctioned by the state. Several non-addictive drugs are part of the rations that people receive.

With land being scarce, there are no graveyards on Aquarion. Rather, Reubos bury their dead at sea. Coastal mausoleums host small placards to memorialise the dead. Visitors cast bouquets of special flowers into the ocean at the ends of their visits.

Reubo marriages usually take place on flotillas of large rafts on in-land lakes during the stormy season, and on the ocean during the calm season. The bride throws a ring into the water and the groom must dive in and retrieve it to prove his love and worthiness. It should also be noted that polyamory is not uncommon, but is still not the norm. Couples generally begin adopting vat-grown infants after 1 to 2 years of marriage.

Reubos worship the state and society as a manifestation of the divine. They have elaborate rituals and ceremonies for all aspects of public life. When an official position in government is filled with a new person, the appointment is generally for life and is celebrated as an ascension. Whenever Chancellor Frederik’s position is filled, there’s a week-long celebration called the “State Apotheosis”. The Chancellor presides not only over government, but also presides as Pontiff over other religious leaders. Some high positions in the state have 2 people serving in them with one person performing the expected duties, e.g. Minister of Seas and Oceans, and the second serving as a priest over that domain.

The Reubo economy is highly regulated and entirely run by the state. Goods and services are rationed out to people and there is no free market other than occasional barter and trade between individuals for rationed goods. There are no central markets for barter or trade as it is illegal.

Fish and fisheries products make up a very large part of the Reubo diet. Depending upon the island, people live in rather densely populated areas without the kinds of gardens that the Ephrati enjoy. Instead, many islands are largely dedicated to farmland with fewer inhabitants. This approach was adopted to avoid transplanting invasive species because many islands have unique ecosystems with plant and animal species not found in other areas.

Factories are scattered across numerous islands and archipelagos on Aquarion in patterns that compliment their supply chain. There are many highly skilled shipwrights and aero-mechanics on Aquarion. Some of the most popular vehicle models are flying boats for personal transportation, especially in the different archipelagos where people commute between islands for work, shopping, etc.