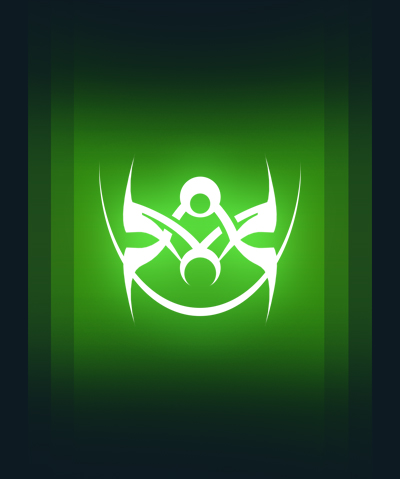 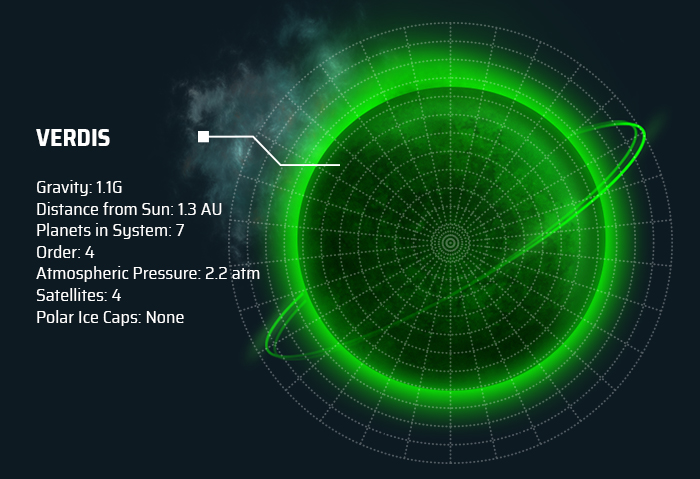 Blessing or curse, it depends on how you want to look at Verdis. The planet is lush and green, teeming with life, but also rife with deadly predators and poisonous foliage.

The colonisation of Verdis was fraught with casualties. Many colonists succumbed to wild beasts that prey on whatever they may find. Others brushed against toxic plants in the dense foliage; their fates varied widely, but pain was at the top of the list.

Never-the-less, the Ephrati colonists would clear large swaths of land to build cities and farms.

Most buildings are low and built of biomass from the massive trees and plants of Verdis. Metal alloys are in short supply as mining operations must be very deep and are extremely expensive. Instead, polymers created from biomass are used.

Society runs on a live and let live basis. The Ephrati are much more diverse than the Jodons or Reubos. This is not only due to their general philosophy, but also in part due to the geography of Verdis, which is more accommodating than the harsh volcanic planet Lionis or the restrictive water world Aquarion.

There is no real sense of environmentalism or conservation on Verdis. Forests, jungles and grasslands overgrowing settled areas is a larger concern. The Ephrati regular cut down large sections of forests/jungles simply to keep them from encroaching on cities and towns and it’s not uncommon for highways to be cleared up to 1 km on either side. This is fraught with dangers though as there are many predators on Verdis. Construction workers always carry a sidearm and always have fully automatic rifles available to them. In some remote areas, they take missile batteries and heavy machine guns or heavy plasma cannons to defend against possible herd animal stampedes. 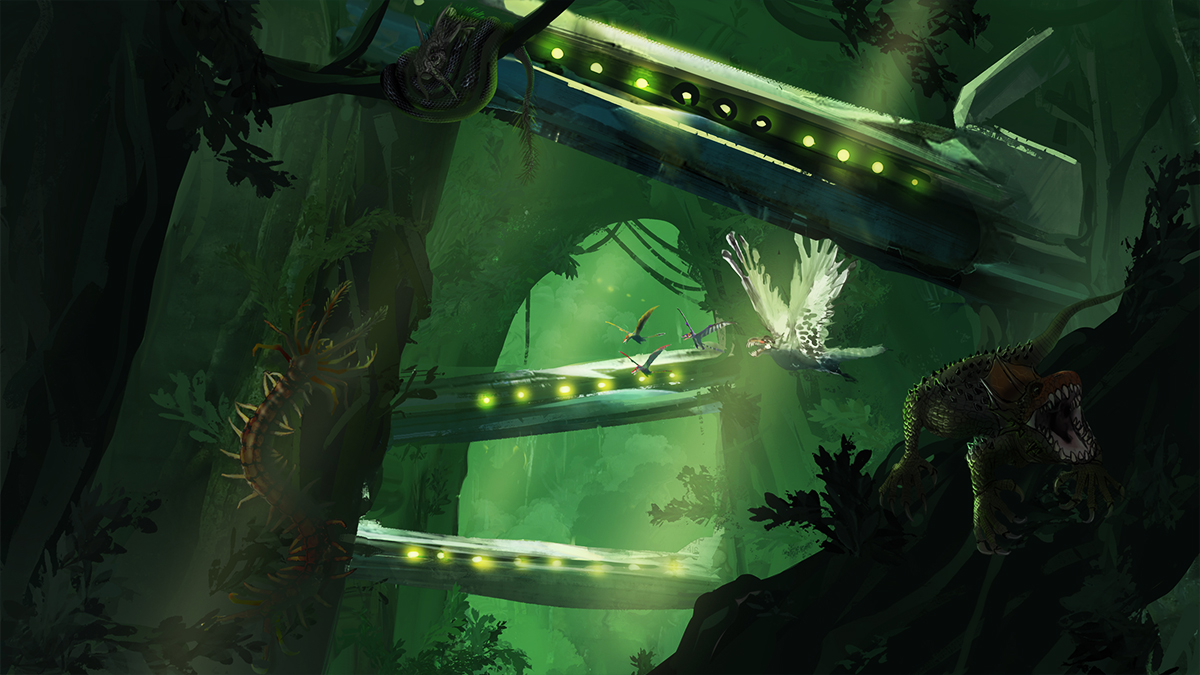 Still, there are many remote areas that the Ephrati avoid due to highly dangerous wildlife. Several species are highly armoured and considered so difficult to kill that it’s better to avoid them or flee.

Verdis has far less open water compared to Aquarion. However, it does have many mountains, rivers and lakes. There are 3 major oceans on the planet. Fish and seafood is not nearly as large a part of the Ephrati diet as it is for the Reubos. The Frandish ocean contains an exotic species of electric jellyfish that is considered a delicacy during festivals.

Uncovering the secrets of life on Verdis took the Ephrati many years, and they are still discovering new things regularly. Whether it’s a new medicine from exotic wildlife or plants, or new fabrics created from insect cocoons, science and innovation push forward at an astounding pace.

Land is abundant, and clearing new land is profitable with proper stewardship. The Ephrati don’t live in densely populated cities, but rather live relatively spread out from each other on larger plots of land.

It’s this environment of opportunity and prosperity that has directed Ephrati society in many ways. To claim that there’s a single sort of culture on Verdis would be misleading. Individuals pursue their own goals and in voluntary associations collectively pursue larger ones. If there is one common value for the Ephrati, it would be “live and let live”.

Entertainment is a big industry on Verdis. Across the solarnet, Jodons and Reubos consume vast amounts of Ephrati holotainment programs. Vlogs, movies, music, and many other forms of entertainment are plentiful from Ephrati producers. 7 of the top 10 solarnet programs originate on Verdis. The 3 other top programs are blood sports produced on Lionis.

Life is relatively easy in areas that have been cleared and settled, i.e. predator species have been removed. Consequently the Ephrati have relatively large amounts of leisure time and sports and hobbies are ubiquitous throughout society. Many sports and hobbies from old Earth have survived over time, but there are also many new ones developed on Verdis.

The most popular sport is called motoball and perhaps best described as a hybrid between motocross racing, lacrosse, and polo. Four teams compete on a large field to score on each other. Players ride a motorcycle and chase 4 balls that can be hit like as in polo or caught and thrown like in lacrosse with a double-ended stick that has a mallet on one end and a net on the other. The sport is so popular that about 200 years ago the Reubos created a similar sport on the water with jet skis.

Given the large number of predators on Verdis, firearms and shooting is ubiquitous. Children learn firearms safety in middle school. Shooting competitions are one of the most popular sports and always have events with trick shooters performing seemingly impossible feats.

Drug use on Verdis is widespread but very few popular drugs are addictive. Hallucinogenic fungus use is very common, particularly among some religious sects.

The Ephrati cremate their dead. Long ago a bacterial plague wiped out over a quarter of all Ephrati. Cremation was introduced then to help contain the plague and has remained ever since. The ceremony has changed and evolved, but always with cremation. Today it is commonly believed that the flame commits the soul back to the universe where it one day will be reborn again.

At one point in the distant past, there was a very large naturalist movement that has long since died out. However, one remnant of it remains in Ephrati society: marriages are performed in the nude. It was once thought that couples should be pure for each other and nakedness was viewed as transparent and honest with nothing to hide. In more recent times it has become more culturally acceptable for wedding guests to wear clothing, though that is still largely frowned upon by many.

The Ephrati have several religions that are roughly descendants and variations of Christianity, Judaism, and Buddhism. Religion on Verdis is very much a private matter and there is strict separation of church and state, unlike on either Lionis or Aquarion. Public holidays coincide with the various major holy days of the various major sects of each major religion. Only statutory holidays have any state involvement, e.g. Labour Day, Parent’s Day, etc.

The Ephrati have an almost entirely free market system. There are regulations but they are generally minimal. Consequently, there are no black markets to speak of on Verdis. Anything anyone wants is freely available.

It’s virtually impossible not to have a green thumb on Verdis. The planet is teeming with life and plants grow very easily with very little supervision. Consequently it’s almost ubiquitous for families to have large gardens that produce much of the food they consume. Large scale farms produce mostly crops that are harder to manage in urban gardens.

Mining metals is extremely expensive as they’re typically very deep in the ground. As such, plant fiber is used in much manufacturing. Advanced chemical techniques have been developed to turn haydrack (a native fibrous plant) into an extremely stiff and resilient material that can be cast or molded. With mostly biodegradable materials used in manufacturing, there is very little pollution on Verdis.