Xaya Teams Up with GeekyAnts for Soccer Manager Elite 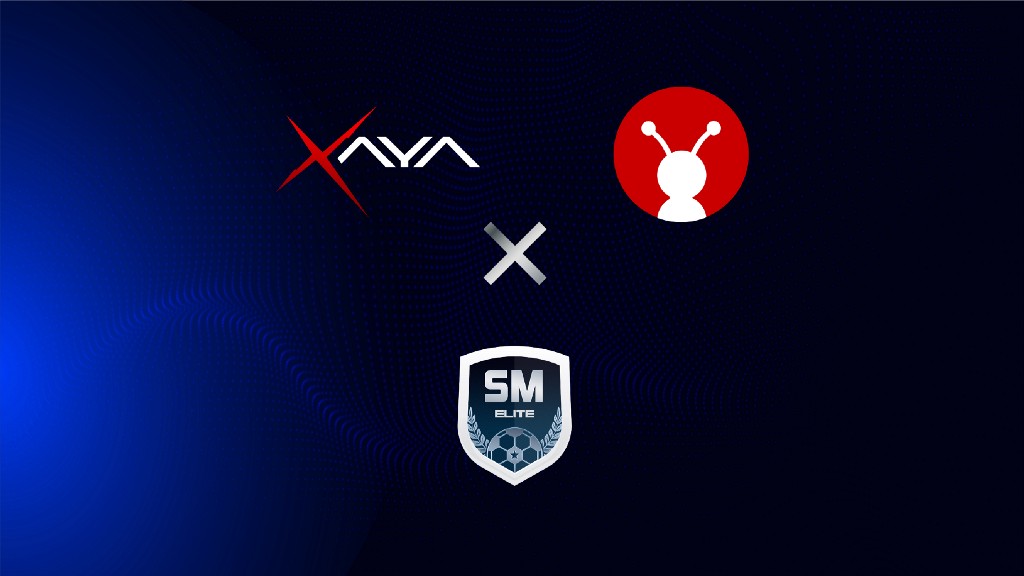 Soccer Manager Elite (SM Elite) has teamed up with GeekyAnts to bring this premiere sports management game to the broadest audience possible. Work has been underway for a couple months now, so the next release will be coming soon.

In SM Elite users can play the game in radically different ways, depending on their own preferences. There are 3 main roles that people can assume:

Each club can have only 1 manager, and there are only 300 clubs, so competition to become a manager will be intense.

Similarly, each player can only have 1 agent, but there are many more football players (10,000+). People can be agents for multiple players.

Managers and agents earn Soccer Manager Coins (SMC, symbol: ₷) for their efforts. But there are more ways to earn real cryptocurrency in the game.

Clubs and players are owned by the users and can be described as similar to fractionalized NFTs. There is a fixed number of shares for each club and each player initially, however using cryptographically secure voting, these shares can be diluted by creating more (e.g. a financially distressed club may need to raise funds to get out of debt and avoid selling players). In this way, each club and player functions as a full DAO. People (traders) can purchase shares in clubs and players in order to get dividends and voting rights. Club owners can propose and vote on who they wish to manage their clubs, while people with player shares can propose and vote on who they wish to be their player’s agent.

Anyone, be they manager, agents, or traders, can own shares in any club or player. Traders are people who buy and sell shares for profit. This can be particularly lucrative for people who are knowledgeable about the clubs, players, and the elite managers. Shares are traded on fully decentralised exchanges (DEXes) in the game.

SM Elite also features a true play-to-earn model, similar to how Huntercoin had Human Mining. All SM Elite game assets are cryptographically secure, censorship resistant, permissionless, and scarce. Cheating and fraud are impossible so players can trade freely without the fear of getting ripped off or scammed. The result is a player controlled economy where people can earn crypto assets that they can sell for real money, e.g. CHI or BTC.

Previously SM Elite was only playable on Windows, but the next version will be on both mobile and web platforms, making it universally available for anyone to play on any device, whether that be through a fully responsive browser app or a mobile native app.

In order to get SM Elite to the broadest audience, we took our time in researching and finding the best possible partner. GeekyAnts.

First, they’re a reputable company that does excellent work. But more than that, GeekyAnts is deeply involved and committed to Google’s Flutter UI toolkit, and even contribute to the project with various components, sample applications, and tutorials in their GitHub, which demonstrates their deep knowledge of it.

It’s fully open source, so it fits in with the Bitcoin/Xaya ethos, and even includes an incredibly permissive patent grant. The Flutter code can be found here.

GeekyAnts have been working on SM Elite for a few months now, so the new mobile/web/desktop/any device version is coming soon.

The Soccer Manager and Xaya teams are quite excited for this as SM Elite will be available to countless millions of people. This is in part due to the Xaya secret sauce that hides the blockchain from users and presents this fully decentralised, trustless, permissionless, serverless, 100% pure blockchain game to users just as any other regular game that they’d download and play. Many users will never even know that they’re playing the most sophisticated blockchain game in the world and that their game account and in-game assets are guaranteed secure and unalterable by some of the most technologically advanced software on the planet.

No firm date is set for the next SM Elite beta release, but we expect it this year. Make sure to sign up for the SM Elite mailing list so that you can keep up to date with the latest information. Shares in the top teams and players are expected to sell fast, and you won’t want to miss out.

You can also join the SM Elite Discord channels here: