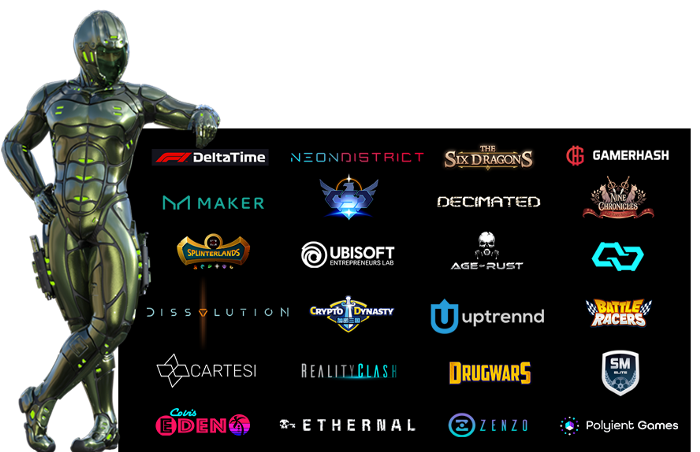 Hello Taurions! We wanted to update you on Taurion Development.

If you didn’t know, Taurion is a fully decentralised MMO with elements from RPG and RTS games. MMORTS.

It’s set on a world far away from Earth where 3 houses are fighting for resources on the planet Taurion.

Here is the original story intro video for a bit of the background:

The world consists of over 65 million hexagonal tiles and these are grouped into 650 thousands regions. For a sense of scale, the world is approximately the size of Belgium, however we are scaling the world to be 8x larger.

Players choose one of 3 factions to fight for resources that are real true cryptographically secure assets and NFTs.

The game you could say is also a cryptocurrency similar to Bitcoin, following all the same principles (trustless, decentralised, censorship resistant, provably fair, opensource) with a difference in that the assets are acquired through fair gameplay as opposed to expensive mining hardware.

Of course the game is also going to be fun and competitive, and its purpose is not that of “play-to-earn”; that is a by-product of assets being freely tradable between players essentially selling their time.

As all assets are acquired through work (proof of work, proof of play) and they all have provenance, there is no “dev” or external third party with the ability to pump (sell/give) assets into the game, or ban players, or kill enemies on your behalf; there is no “god” in Taurion, thus all assets obtain their true potential value and people will invest more time and money into the world knowing their assets can’t be removed at the click of a button.

Since we started the project concept 2 years ago, we have been working very hard to get the game released. We were hoping we’d have had a working beta by now, but due to delays and the team having to switch onto Soccer Manager Elite amongst other things, it’s not been possible to meet that target.

We’ve now had 3 Taurion Treasure Hunts for testing how well the concept works and how rock solid the Xaya platform is.

All those showed that what we want to do is easily possible.

The last Alpha test version of Taurion included so many updates and features that all worked perfectly on the Xaya platform and in a fully decentralised way. Some of those features included:

Technically, it’s a massive achievement for us and blockchain gaming in general.

All these features in one massive decentralised autonomous sandbox universe.

And now for the bad side… Due to last minute UI changes and rushing to get the alpha released to free us up sooner for Soccer Manager Elite, we launched with a buggy front end and an unfinished “simple mode” (1-click run UX). And, once the event was running, we had to spend time fixing those issues for the people playing (the core Xaya community, running full nodes), rather than focus on getting new people in.

This meant that the “simple mode” using the built-in Electrum wallet was not functioning for the majority of users for almost the entire event.

It was also apparent that even if the bugs didn’t exist, the UI/UX could do with a massive overhaul to be worthy in the gaming space.

Lots of bugs made the game quite painful to play, but many stuck with it and were rewarded with some large cash and NFT prizes thanks to some of the top blockchain projects in the space.

Our knowledge and experience gained (and also shared) with the Ubisoft Team has been extremely valuable to us.

One of the main focuses of the event has been regarding Taurion’s fully player driven economy, how it works in a fully decentralised way, how to apply existing methodologies whilst also keeping true to what Taurion represents (a game of the people, not the developers), and also suggesting features and game design changes, which will be implemented into the full game.

With all this knowledge, we’ve improved the game design much more than we intended, and that will become apparent to everyone in time.

The next major release will be beta, with a potential for a sneak peak demo in between.

The next steps that we are now focused on include:

When will it be ready?

When it’s ready. We are aiming for a beta in the middle of the year but a lot depends on other projects as well.

We’ve already been working with great artists and here is a teaser concept art graphic of the Ephrati homeworld (Verdis). The Ephrati are 1 of the 3 known houses to have survived the Great Exodus.

We will keep everyone up-to-date, so if you haven’t already, sign up for our newsletter and join our Discord to stay informed.