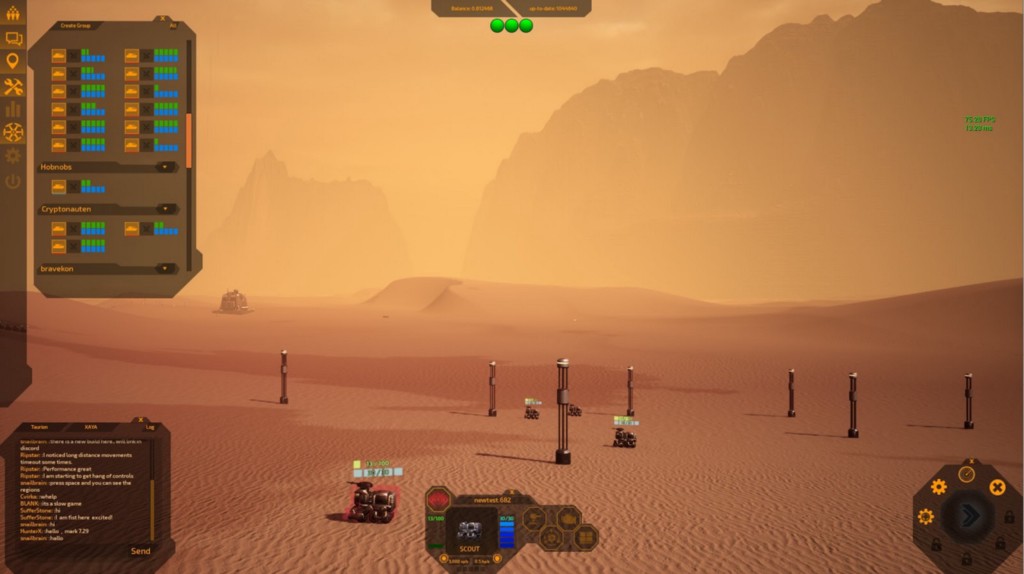 We’ve just released Taurion as a tech demo for you to download and test. You can get it on our Discord channel and get support there too. Taurion is not yet finished, so this release is a pre-alpha tech demonstration. Elements of the full Taurion game are missing from it, but the elements that are there are more than sufficient to demonstrate the power of the XAYA platform. Just a few of the important elements of Taurion and true blockchain gaming that you’ll see in this tech demo include: Blockchain games that run in smart contracts on Ethereum are computationally limited, for example to compute check mate in a game of chess would be too expensive. XAYA is designed in such a way that game worlds can be massively complex. Computational scalability is a major advancement for blockchain games precisely because it unleashes unlimited potential for games that would otherwise need to be trivial, such as pets that can mutate. XAYA also keeps the true-ness of decentralisation (no validator nodes) using a permissionless blockchain secured by PoW. Currently around 14% of Bitcoin miners and numerous GPU miners secure the XAYA blockchain. You can checkout the game mechanics and information for the full game release here https://taurion.io/game-information.

How can I test Taurion now?

Strictly speaking, you won’t be playing Taurion proper, but only a partial version, i.e. the tech demo. To get started with this tech demo, you will need:

As well as releasing the tech demo we have also opened up the code for the Taurion Game State Processor (GSP) under the GPLv3 license.

What is a GSP?

A GSP, or game state processor, is the part of a video game or dapp that contains all of the core game or application logic. The GSP works as a single executable which connects to the XAYA wallet/blockchain to compute the state of the game/dapp and provides a JSON-RPC interface to communicate with a front end (normally).

Why is open source important?

It’s important for fully decentralised trustless blockchain games to have open source code so that the game is transparent. This means that the game code can be checked and therefore it can be provably fair. Provable fairness is crucial for blockchain games. It empowers the value mechanism for in-game assets. No trust is needed and never-before-seen degrees of “perfect information” are achieved. Free markets can work smoothly while in-game assets can achieve real world value through the price discovery mechanism of the free market. You can find the open source code repository in our GitHub here: https://github.com/xaya/taurion_gsp/ By opening the code we welcome people to: For instructions to build you can check our tutorials to build the libxayagame library and then build the taurion_gsp (no extra dependencies needed) simply by: ./autogen.sh ./configure make The front end is currently closed source due to Epic’s licensing agreement (i.e. the company behind Unreal Engine) but we are hoping to release parts of the code we can at a future time. Enjoy! Find out how you can get to Taurion at https://taurion.io/. Want to know more about the benefits of blockchain for gaming? Visit https://xaya.io Join the conversation: https://twitter.com/XAYA_tech https://www.facebook.com/XAYAtech/ https://t.me/xaya_en